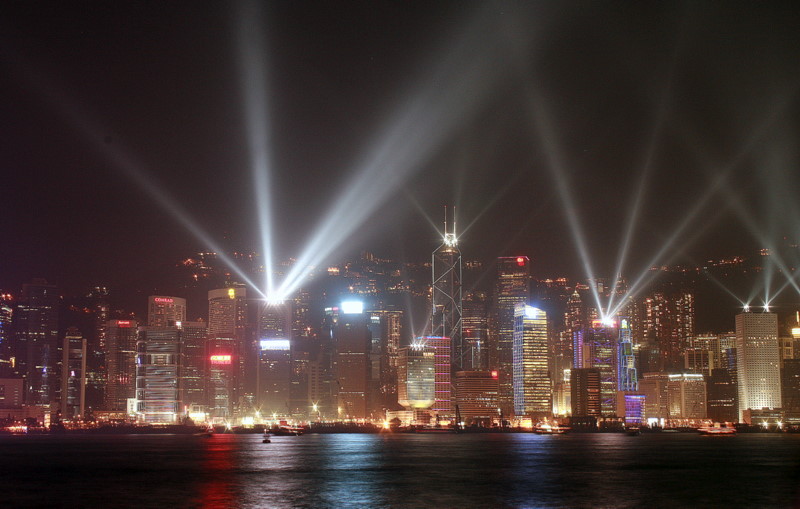 One of my bucket lists is to go to Disneyland, so when I saw an advertisement in newspaper about budget flight to Macau, the idea to go to Hong Kong’s Disneyland just pop-out. Macau is a small island across Hong Kong that can be reached by ferry for 1 hour trip. As Hong Kong is well-known by its city light, I also put a night hunting photo shoot to capture the Hong Kong’s sparkling in my top priorities.

The journey started by leaving Jakarta using V**a Macau (by the time I wrote this post, the airlines already banned). Since budget airlines will not give you any food/beverage compliments, I decided to bring a 600 ml mineral water (it’s 4 hours flight, I don’t want to get dehydration tough! And buying food or beverage up there is very expensive). Unfortunately, the civil aviation regulation is not allowed passenger to bring any liquid more than 100 ml, so I have to let my 600 ml mineral water go 😦 .. Do you want to know how much is mineral water cost up there? It’s 4 USD or almost 40,000 IDR for 300 ml mineral water! That was the most expensive one I ever had. The flight departed in Macau at 1 AM. Before crossing to Hong Kong, I will stay “half” overnight (half because I will only use the room for not more than 6 hours 🙂 ). My hotel is Ole London Hotel, and I just give the direction thru the map in lonely planet. The taxi driver seems confused but since it’s already past midnight, I just said to my taxi driver, we will find the hotel. For your information, in Macau, there are fewer people who able to speak in English, most of them only speak Chinese and Portuguese. In Chinese, there are some letters that pronounced differently with English. They are D pronounced as T, B as P, G as K. So when I said, Ole London, the taxi driver did not get my point. It need almost 2 hours to find my hotel! Do you want to know how I can find my hotel? I just stopped by in Casino (this is my first time for me to enter the casino) and ask the front office man to explain to my taxi driver about the direction. And the taxi driver just said: Oooo..Ole LonTon haaa! (how can I forget my 6 months mandarin class!!). — that situation gives me a lesson learned to always bring a hotel’s name card then you will not get lost! It’s already 9 AM when proceeding to Hong Kong using ferry. The journey took at least 1 hour and the ferry is so comfortable, I think it’s better than Ferry to cross from Batam to Singapore. While Macau is a small heritage country combine with casinos everywhere, Hong Kong is modern city with crowd skyscraper buildings. The living cost in Hong Kong is more expensive than Macau. For example, you have to pay at least twice from hotel room rate in Macau for a small hostel in Hong Kong. How small? the room equipped with 3 beds, no space for praying, and the bathroom has very limited space. And the food, a friend took me to Indonesia’s restaurant and I have to pay 80,000 IDR for a portion of White rice, traditional fried chicken and a cup of tea.

There are 5 districts in Hong Kong: Hong Kong (central, east, south), Lantau, Kowloon, New Territories, and Outlying islands. After checked in at hostel, I did not waste my time by starting to explore New Territories district and my destination is a temple with famous ten thousands Buddha.

After having exercise by climbing the temple, it’s time to go to Kowloon district to see museums!. Yes, I’m a big fans of museums, especially science and technology museums. For this trip, I picked the Hongkong Culture Center, Hongkong Science Museum, and Hongkong Space Museum. Since my childhood dream was becoming an astronaut, so the space museum is like my playground, my winter wonderland, my dream come true (ok..enough for the dream). From museums, I continued to stroll the Avenue of Stars, it’s like Hong Kong version for Hollywood’s Walk of Fame. Kowloon district has the famous Kowloon waterfront, which we can see a stunning and splendid view of Hong Kong island skyscraper building. In the evening, they are showing a colorful light show called The Symphony of Lights. 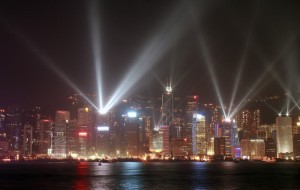 It was a unique experience when crossing to Hong Kong Island using ferry for The Peak. The sparkling buildings scattered over the city. Since, it’s already 9 PM and the Peak Tram is already closed, so I use bus to reach the Peak. The Peak is the highest point on Hong Kong island which give you a magnificent view of the city. The Peak has The Peak Tower (an observation deck to see the city), The Peak Galleria (the place to shop a lot of souvenirs) and the Madame Tussaud’s museum.

New day means Disneyland!. Hong Kong’s Disneyland located in Lantau district (outside the mainland). Before going to Disneyland, I went to the Po Lin Monastery and Ngong Ping 360. To reach Ngong Ping, we should take a 5.7 km cable car journey. For me who has an acrophobia or fear of height, it was the scariest moment of my life! Thanks to God that I didn’t puke at that cable car!. After tortured by the phobia, the Tian Tan Buddha is welcoming me. That 250 tonnes and 34 meters height is the largest Buddha statue in the world. 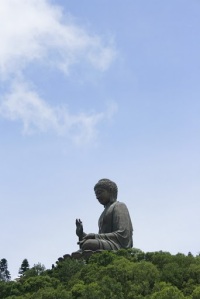 The destination for today is Disneyland!. In my imagination, Disneyland will offer a lot of attraction venues, simulations, parade, fireworks. And for the Hong Kong’s Disneyland, yes they have wonderful musical parade..amazing fireworks..but less attraction venues, it’s nothing if we compare it with Dunia Fantasi in Jakarta. The musical parade is like taking you to the wonderland that has all cartoon movies on it, you named it and you will find it. And the fireworks, I could not find a perfect word to describe it. It’s amazing! Beautiful!

When preparing the trip, my friend suggested to visit Shenzhen, one of China’s province that located across Hong Kong. They have a  theme park called Windows of the world, a park that has miniature all remarkable buildings around the world, such as Eiffel tower, Pisa Tower, Colosseum in Rome, or even Champs Elyse avenue in Paris. That’s definitely a  very tempting offer. My friend offer a one day tour to Shenzhen for only 300,000 IDR (it’s very cheap since at that time a visa to China cost 500,000 IDR). It’s quite give me a big question mark. However, due to limited budget, I said OK, let’s go to Shenzhen!.

We made an appointment to meet the tour agent in the last train station before entering China’s mainland. My friend told me that I will go with several visitors, well that’s not a problem for me. And do you want to know how many of them? It’s almost 20 women workers (TKW) that will be my friend during this one day tour! In Hong Kong, all TKI/TKW get one day off every sunday. Most of them use it for hanging out with their friends, taking lessons, or going to China as Hong Kong and China’ government have a political agreement to give a free visa for one day to enter China’s mainland for them. And yes, I’m using that visa. Is that legal? I don’t for sure 🙂 .

There are almost 3.2 milion people who become TKI as of February 2010. They are contributing more than 6.6 billion USD for Indonesia. They are our heroes with less law protection. Every year, almost 5000 people tortured and killed by their employer. When I have an opportunity to chat with them, the only way that I see from them is respect, the highest respect I can give to them. They arrive to this country with less communication skill, never been to go abroad before. The only thing that encourage them is the wish to become the bread-winner for their family so their children can have a better life, can get a good education toward having a better future than their mothers (my tears start to fall). They are our truly heroes….hero for their family and also for the nation…

In Shenzhen, we were visiting some museums, fabrics, Splendid of China where China squeezed into a theme park. 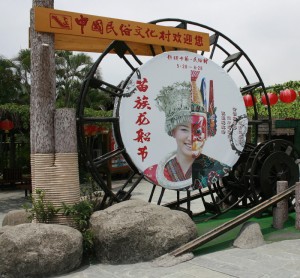 And finally Windows of the world! A 48 hectares theme park with full of world’s attraction. All remarkable sites from 5 continents are here. 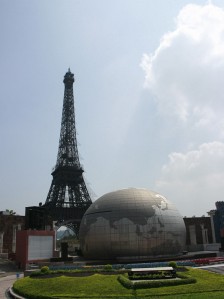 Macau is one of Portuguese’s colony for almost 400 years. That’s explain why one of official languages in this country is Portuguese. And you will still find some of heritage sites with european influence, such as church, square, fortress, museums – ancient but still have the magical aura. The first half day tour is strolling around the Macau Heritage Walk that listed 25 of historical and cultural buildings, from A-Ma Temple to Guia Fortress. 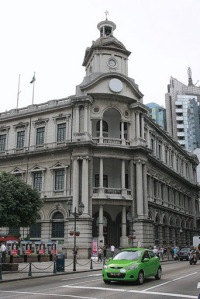 You may also want to visit Kun – Iam statue, A fisherman wharf and finally The Macau Tower that offers the world’s tallest bungee jump. Did I try it? Me and the height, we are enemy!

Special written for Kak Bertha Siagian and all “heroes” out there

– More stories are illustrated in my web album “An Illustrated Journey” –

Born as Amelia Saputri who simply loves travelling and photography